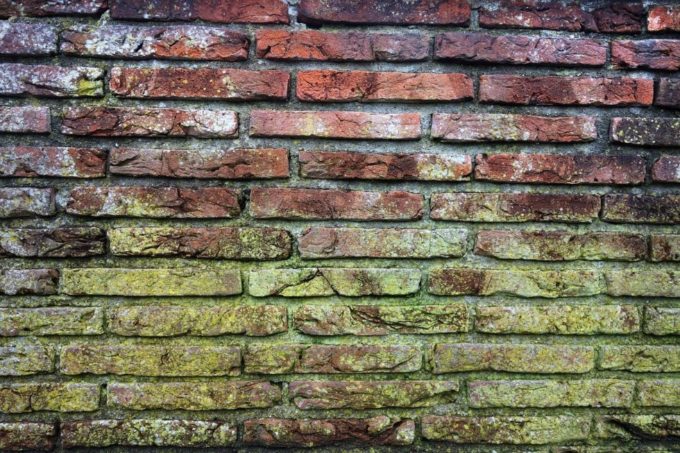 Yup, mold does grow everywhere. It’s outdoors and indoors – it’s omnipresent, like God Almighty. BUT the problems only start happening when mold gets indoors and finds the perfect environment to grow – usually warm, high moisture environments. Mold (like other fungi) needs food to keep on growing, such as leaves, paper, a source of moisture and a place to grow. As long as mold doesn’t find an environment indoors to grow and thrive, then you are good.

If mold has grown extensively, be careful when cleaning to prevent mold spores being released into the air.

Like the rainbow in the sky (but not quite as picturesque), mold comes in a variety of colors such as green, blue, orange, white and pink-ish. Each color usually means a different kind of mold. Mold that is red or orange in color is usually found outdoors. Pink mold is usually found in bathroom and it thrives off shampoo and soap residues. Green mold could be any of the thousand types of unwelcome mold. Black mold could be a more typical mold or the infamous scary “black mold.”

Any mold you see indoors, the best thing to do is get rid of it. Preferably by a professional – even if it’s pink-ish.

3. Mold will Eat Almost Anything But A Happy Meal

Like a lot of us mere humans, mold loves to eat almost everything. Mold doesn’t discriminate in choosing which of your food it will eat and take over.

However, Got Mold? discovered that while mold will eat almost anything, it doesn’t like a Happy Meal – specifically the bun. Normal bread will mold after a few days – but not the bun of the Happy Meal. Ewww.

There are actually hundreds of thousands of species of mold but only a few thousand have been identified. Out of those few thousand, only a handful are harmful to your health. Be aware and knowledgeable about which mold is toxic.

5. Mold is Used in Biological Warfare

True Story. The facts are that germ and toxic mold warfare has been used for hundreds, if not thousands, of years. It has been traced back as far as the 1300s, to the 1950s to the 1980s and even fairly recently, during the Iraqi war.

And you know what’s even more scary? Biological weapons have been made from T-2 trichothecene mycotoxins. These are the same mycotoxins produced by toxic black mold (Stachybotrys chartarum), which can be found growing in thousands of homes. Yikes!

If you noticed that you started coughing or sneezing once your annual Christmas tree went up, it could be because of an allergic reaction to mold spores that hang on live trees. Along with many other ways mold can come into your house, Christmas trees could be another possible source of mold exposure. And the longer a  [real] Christmas tree remains in the house, the higher the mold count. One study showed that the mold count from a real Christmas tree rose to five times the normal level, just in two weeks after the tree was brought inside – which is not fun for anyone with mold allergies. Oh Christmas Tree, oh Christmas Tree …

7. Almost All Sinus Infections Are Caused by Mold

Sinus infections are often blamed on bacteria, when really it has been proven it’s because of mold. When fungi enters the sinus cavity, white blood cells react to kill the fungus. Then a pit is formed in the sinus lining, trapping mucus and preventing proper drainage – and giving you a good ol’ sinus infection. And since fungi love dark, damp conditions, the sinus lining is a perfect growing place – and it’s extra hard to get rid of it once it’s in place. P.S. Antibiotics can’t kill fungi. So at least now you know why the antibiotics haven’t been working.

This site uses Akismet to reduce spam. Learn how your comment data is processed.